Going to the gym can be a pain. Home exercise equipment can be expensive and unwieldy. Running can be just plain boring. That’s why so many people have turned to balance balls.

Originally called Swiss balls, and sometimes known as exercise balls, Pilates balls, stability balls or physio balls.  They are an easy way to get a great workout, strengthening their core and reshaping their body without the expense or hassle of a gym membership or a home gym. Balance balls are easy to move around and get out of the way, they can be fun – and they’re a lot cheaper than home gym equipment.

It’s a common belief that “A balance ball is a balance ball – they’re all the same.” Nothing could be further from the truth. There’s a huge difference between them, as you’ll see in our reviews of the top 5 best balance balls on the market. 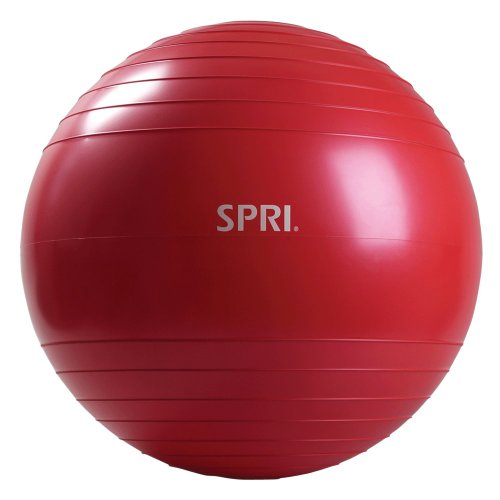 One of the qualities that distinguishes a quality balance ball from an ordinary one is its durability. The SPRI Elite is heavy-duty and maintains its shape even with continuous use in club settings, and that’s the primary reason we rank it at the top of our list.

This manufacturer has a long history of supplying stability balls to gyms and instructors. Their feedback has helped shaped both SPRI’s industry and consumer products, and one of the firm’s biggest innovations is reflected in the Elite Xercise Balance Ball: slow-deflate stability. This technology ensures complete user safety because if the ball is punctured or damaged, it won’t burst but will simply deflate very slowly. The burst rating for this product is 500 pounds, which seems low to us given the quality of this ball, but still should cover just about anyone. The Elite also has a slip-resistant texture, so it can be used safely for rolling, sitting, kneeling, bouncing or lying during a workout.

Whether you need an exercise ball for core conditioning, cardio or flexibility work, full-body or weight training (it can be used as a bench as well), or physical therapy, the Elite Xercise Balance Ball is more than up to the task. It’s available in four sizes and it’s phthalate-free, too. It’s not the most expensive stability ball we’ve reviewed (keep reading for that), but it is safer than cheap ones which can burst if you bounce on them the wrong way. We’d rather pay a bit more for safety, and we’re guessing that you would, too. A pump is not included. 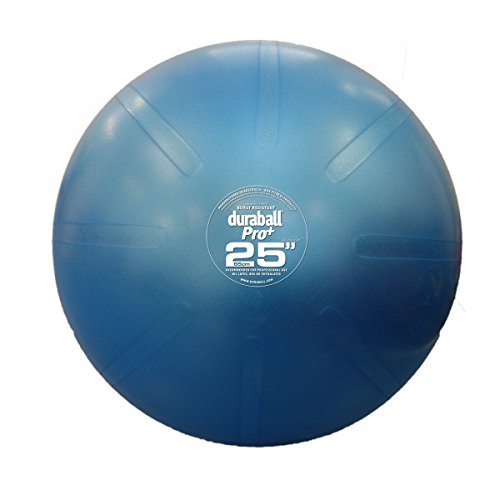 SPRI introduced slow-deflate balance balls to the market, but they’re not the only manufacturing them now. This Fitter First product is even stronger than the Elite, rated up to a ridiculous 1100 pounds; we only rank it lower because it’s two-to-three times more expensive. You can probably understand why the DuraBall Pro is used by many pro athletes, trainers and gyms: it can stand up to a beating. In fact, the company claims it’s the world’s strongest exercise ball.

The DuraBall is made from a synthetic material called Duralon, and its stability and strength makes it ideal for use as a chair, recommended by so many chiropractors and doctors for patients with lower back or posture problems. (Underinflate the ball, if you want to use it in that manner.) But it’s just as suitable for core exercises, strength work and Pilates. There are five sizes available, from 45 cm (17 inches) to 75cm (29 inches). The largest size will cost you extra and the pump is not included. 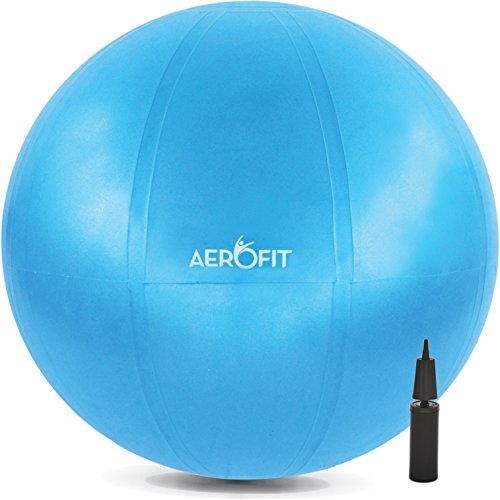 AeroFit isn’t quite as revered a name as SPRI when it comes to balance balls, so that’s why it falls a bit below them in our ratings. This is still a quality product, though. The burst rating is 1100 pounds (like the Fitter First) although that might seem a little optimistic when you give it a good workout. Even so, it’s not going to pop on you, and if anything does happen to it, AeroFit covers it with a lifetime guarantee (unusual for an exercise ball).

The product is made from a double-layer of heavy-duty, non-toxic PVC material with no phthalates, latex or heavy metals, and even though it’s PVC it’s textured to be soft and provide a comfortable cushion if used as a chair. We’re not quite sure how this balance ball is “specifically designed” to improve balance, flexibility and coordination as claimed by the manufacturer – it’s simply a very good stability ball and, that’s what all good stability balls do when you work out with them. Three sizes are available, with the 45cm size offered by some companies not in the lineup. One last thing, and it’s a good one: the AeroFit is significantly cheaper than the first two entries on our list of the top 5 best balance balls on the market. The pump is included. 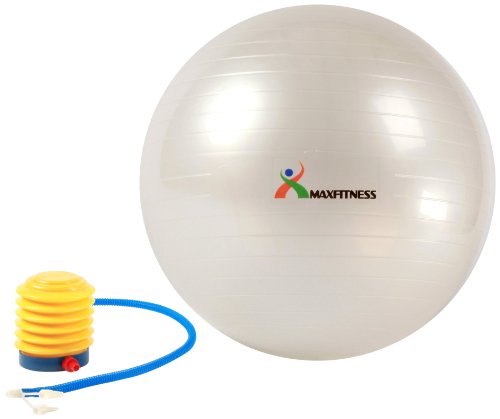 This is a budget balance ball worth checking out, as it sells for around 20 bucks and is a sturdy, stable product. We’re definitely not sure about the burst rating on the Max Fitness, since the company claims it’s burst-proof up to 2000 pounds, well above what’s claimed by the big names in the field. However, we have no concerns about the performance of the product, which will work well for you whether you want to use it as a chair or as intended, to work your core to build strength, flexibility and balance.

The Max Fitness ball comes in two sizes, 65cm and 75cm, and a foot pump is included. It’s made in China (unlike some of our higher-ranked balls which are made in Australia or the West) and perhaps that’s why the surface is sticky when it comes out of the package and it has a strong smell (both of which eventually subside). But you get good quality at a great price, which is why it made our list. 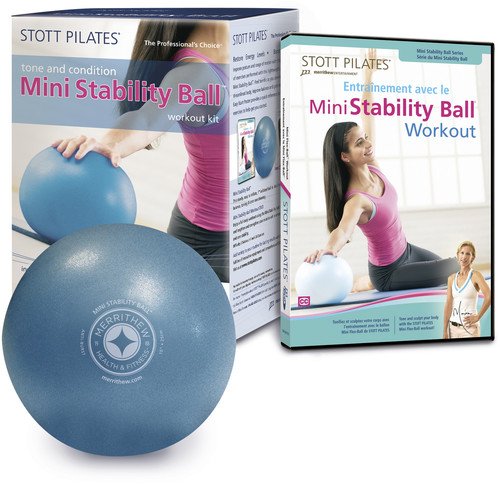 Stott is well known for its Pilates products (like its reformers). Balance balls aren’t as intricate to produce as reformers, of course, so the company’s experience and reputation wouldn’t automatically translate. In this case, it does. The Pilates Stability Ball is very durable and will hold up just fine as a chair or for daily use in core exercises. It isn’t burst-rated as high as some of our other choices, only to 550 pounds, but that should be plenty for anyone reading this. The surface is rubbed and non-slip, which is also a plus.

The reason the product is called a “power pack” is that it comes with a hand pump, a core exercise DVD and a poster (wow – a poster!); the DVD may be helpful to those just starting with balance balls to build core strength and flexibility, however. There are three sizes of the Pilates Stability Ball, 55cm, 65cm and 75cm.

Groom+Style believe that the top choice on our list is better value for money, but you won’t be disappointed if you decide on the Stott.

If your primary goal is to get a six pack then please read Groom+Styles review of the best home ab machines.